In crystallography, there is a constant struggle to understand the real structural organization of complex intermetallic compounds. The compound o-Al13Co4 has attracted attention of several research groups within ECMetAC because of its unusual physical and chemical properties. In addition, it is an efﬁcient and highly selective hydrogenation catalyst for alkynes. The new refinement of the crystal structure using high-resolution X-ray diffraction data resulted in a complex model of crystal structure including a large number of split positions (space group Pnm21, a = 8.1590(6) Å, b = 12.349(1) Å, c = 14.453(1) Å). The interpretation of the obtained split model can be made in the context of local disorder considering the interatomic distances, which is confirmed by HRTEM and HRSTEM investigations. HRTEM images revealed a structural arrangement with strong local violations of translational symmetry, in particular by aluminum positions located on the mirror planes. Chemical bonding between two partial structures in o-Al13Co4  - three-dimensional framework and linear Co–Al–Co groups in cages of the latter – along with the stacking faults (local twinning) are discussed as possible reasons for the extended disorder. 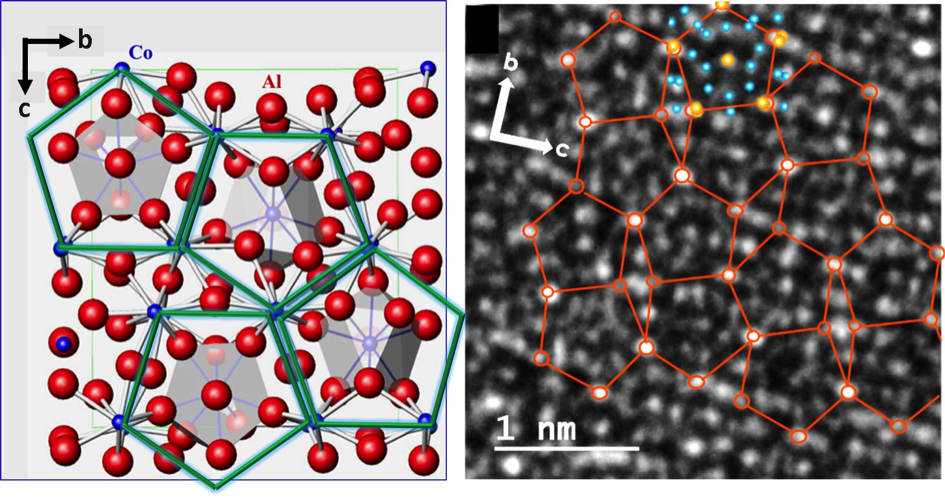